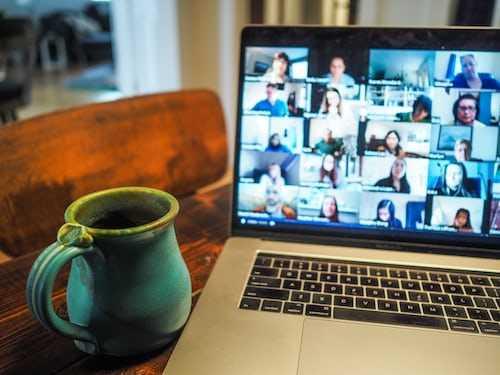 Front-facing cameras have distorted our self-image

In the age of Zoom, people became unusually preoccupied with sagging skin around their neck and jowls; with the size and shape of their nose; with the pallor of their skin.

There is a spike in cosmetic interventions, ranging from Botox and fillers to face-lifts and nose jobs.

The term ‘Snapchat dysmorphia’ was coined in 2015 to describe the growing numbers of people who wanted to look like they’d been put through a face-altering filter in real life, all big eyes and sparkling skin.

Before that, a patient might turn up at a plastic surgeon’s office with photos of a celebrity they wanted to look like clipped from a magazine. Even before the rise of social media, psychologists found that people who stared at themselves in a mirror became more self-conscious.

Unlike with Snapchat, where people are aware that they’re viewing themselves through a filter, video conferencing distorts our appearance in ways we might not even realize.: