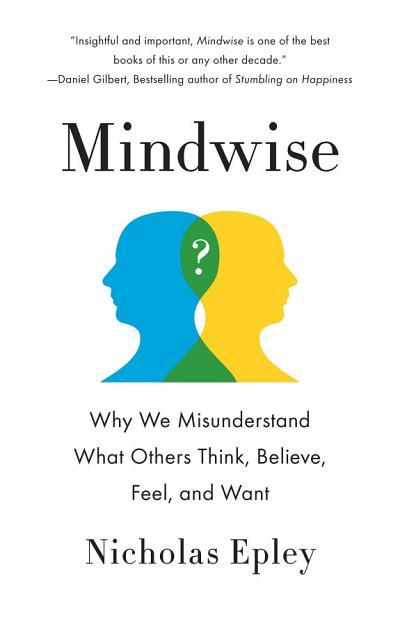 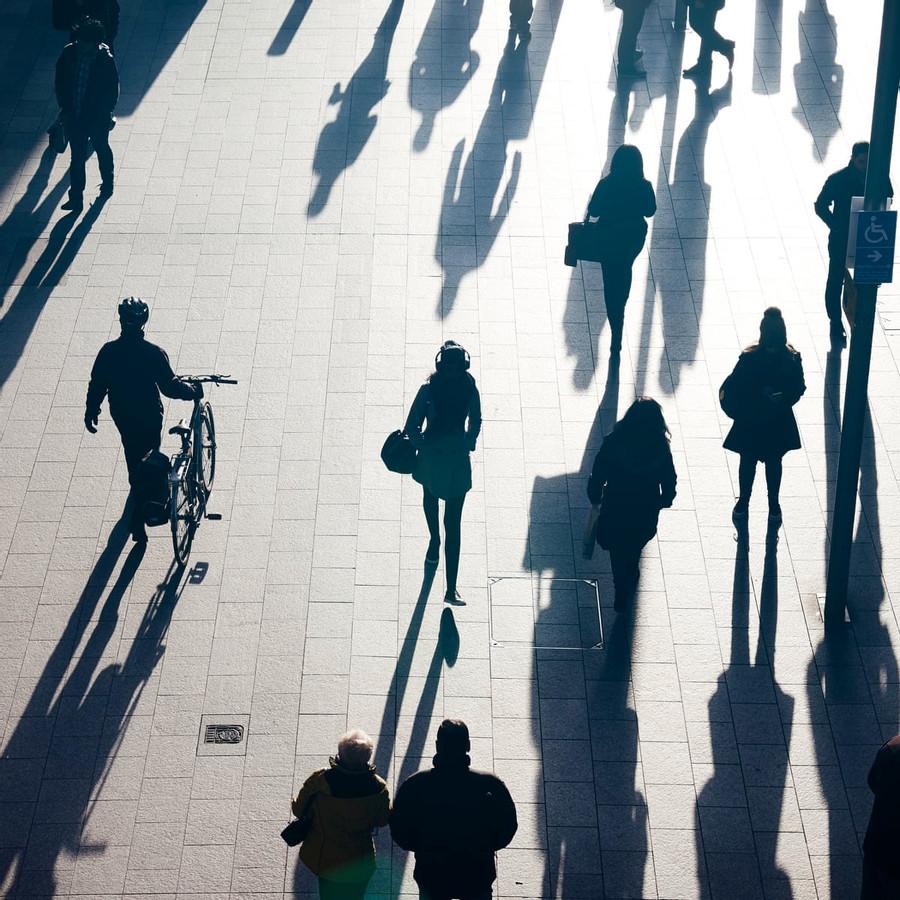 We Are Strangers To Ourselves

Introspection is blind to construction. This does not mean that our introspective guesses are never accurate, just as you might guess the correct answer to a multiple-choice question.

When you don’t know the actual facts about yourself, your consciousness pieces together a compelling story, much in the same way it does when you’re trying to read the minds of other people to make sense of why they act as they do.

Introspection makes us feel like we know what’s going on in our own heads, even when we don’t. We don't realize that we’re spinning a story rather than reporting the facts. 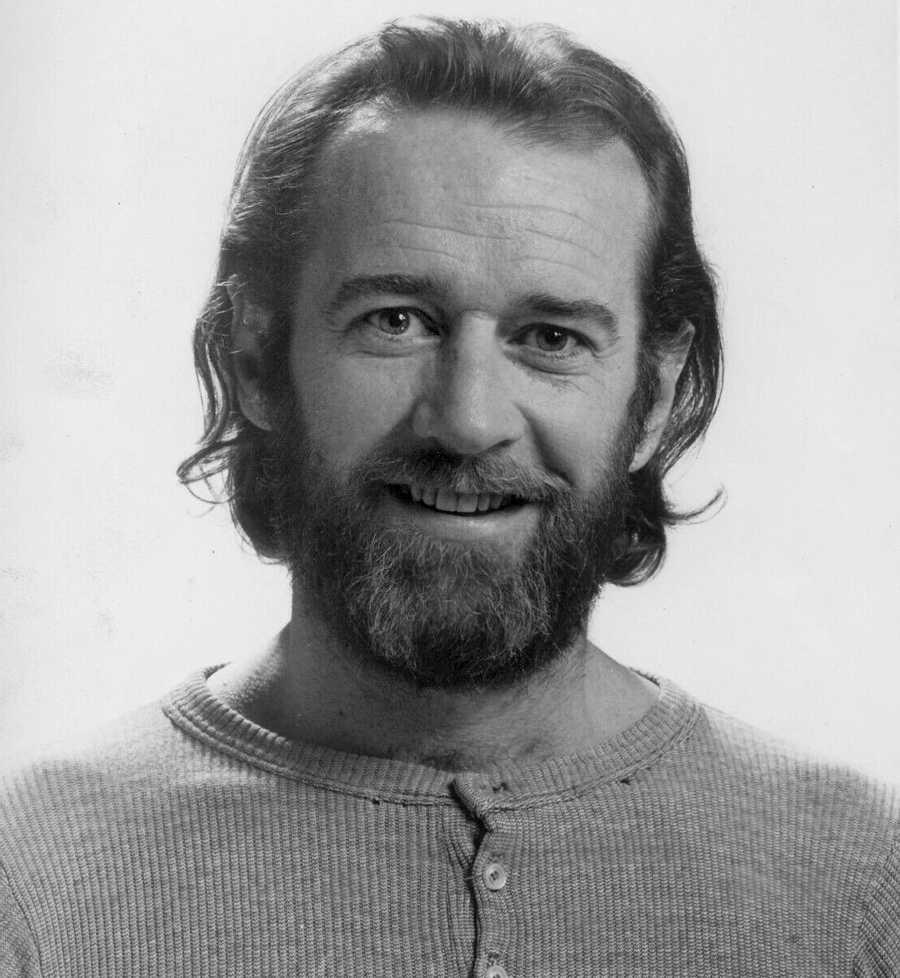 Our Reality Vs Reality

When others’ minds are unknown, the mind you imagine is based heavily on your own. So, it is heavily distorted by your reality. 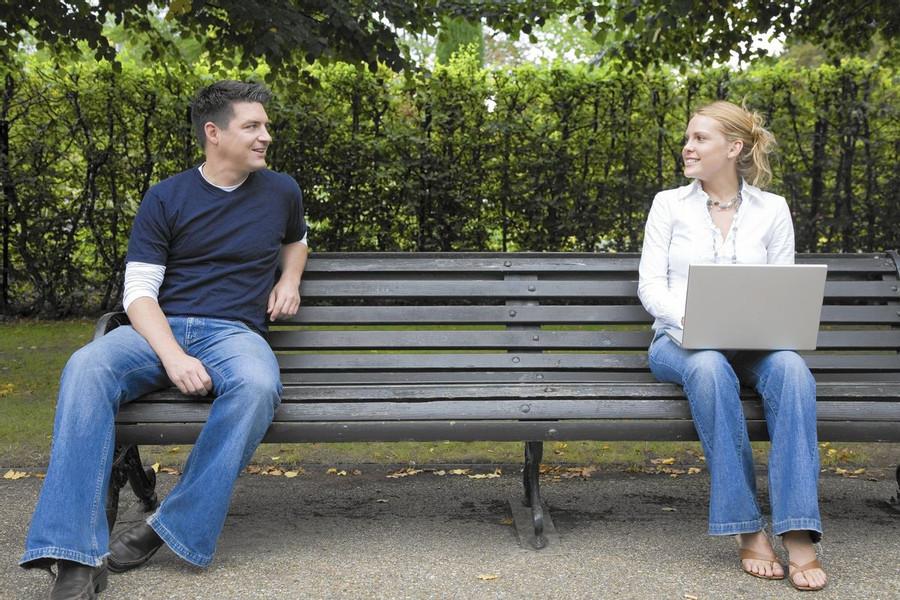 We Believe We Know People Better Than We Actually Do

Getting to know someone, even over a lifetime of marriage, creates an illusion of insight that far surpasses actual insight.

The violent actors are overwhelmed by empathy for their own group, which all too often naturally leads to disdain for competing groups.

Fighting The Other Person

Your sixth sense functions only when you engage it. When you do not, you may fail to recognize a fully human mind that is right before your eyes. Said differently, sometimes we are triggered to engage with the mind of another and other times we are not.

When you can’t see a human in front of you, you fail to empathise.

When we fail to empathise we believe others have lesser minds. This lesser minds effect has many manifestations, including what appears to be a universal tendency to assume that others’ minds are less sophisticated and more superficial than one’s own.

By thinking that their employees have simplistic motives, bosses overlook the actual depth of their employees’ minds and therefore fail to offer their workers what really motivates them.

By remaining disengaged from other minds in this way, we neglect a chief source of human happiness: engaging relationally with other people. 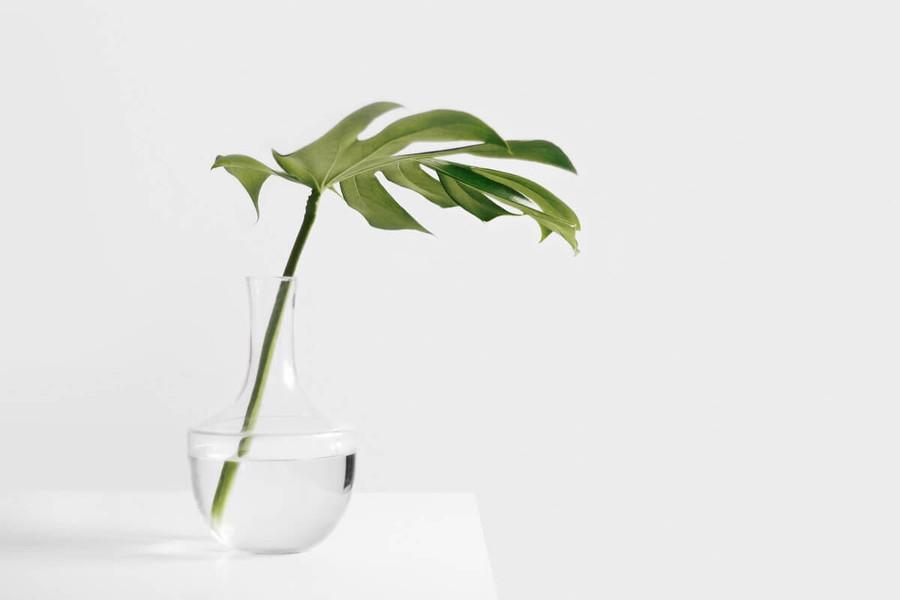 The Mental Shortcut To Simplify Life

The language of intentions and motives and other mental states avoids this complication altogether by using the same set of concepts to explain all actions. We use the idea of consciousness and intent and prescribe it to everything.

This mentalistic language is both imprecise and inaccurate matters nothing for providing a functional explanation for almost any behavior, one that uses a language that everyone can easily understand.

Religious beliefs are intuitively compelling because minds—in this case, the mind of a god—are intuitive explanations for the behavior of almost anything.

Two very important things about when minds emerge in both humans and nonhumans.

Giving Things A Mind Of Their Own

Nature is filled with fakes. Lithops are deliciously succulent plants that look like completely inedible rocks. The praying mantis is a perfectly deadly predator that can look like a completely harmless plant. You don’t need a PhD in evolutionary biology to understand fakery. 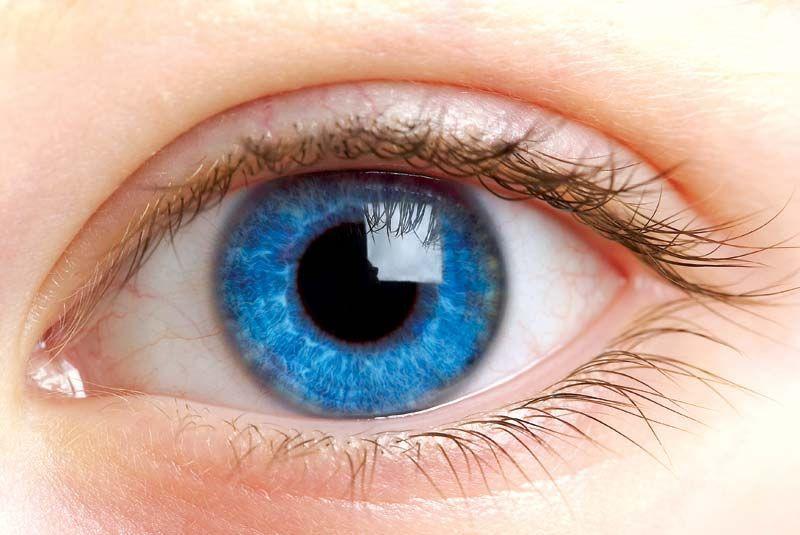 As a member of one of the planet’s most social species, you are hypersensitive to eyes because they offer a window into another person’s mind.

Given the obvious benefits of attending to others’ eyes, it makes good sense that we would be hypersensitive to anything that even vaguely resembles them.

We Deduct Based On What We Have Seen

The basic principles of perception described here are simple, based almost entirely on similarity: “if it walks like a duck and talks like a duck, then it must be a duck.”

Understanding The Mind Of The Other

When we’re seeking to understand another’s mind, we rely on at least three strategies.

1. We project from our own mind.

3. Infer a mind from a person’s actions.

Our Perspective Is Unique

As Galileo knew, to see the world accurately, you need to look in the right place and then view it through the right lens. These are two pieces of wisdom that you and I can easily forget. 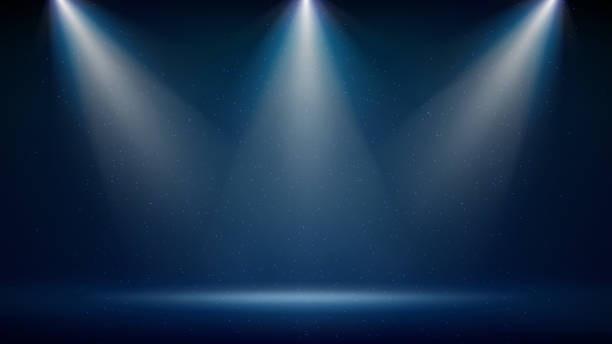 We Are Not On The Spotlight

Childhood instincts are not outgrown so much as they are overcome by more careful and reflective thinking.

As we grow up we learn nuances of a situation. Even in small groups, the social spotlight does not shine on us nearly as brightly as we think.

Becoming aware of the power of your own perspective is the very thing that enables a broader perspective. Relax. Others likely won’t notice, and if they do, they likely won’t mind.

Beware of your own Biases

Of these two, existing evidence suggests that the neck problem is easier to overcome than the lens problem. 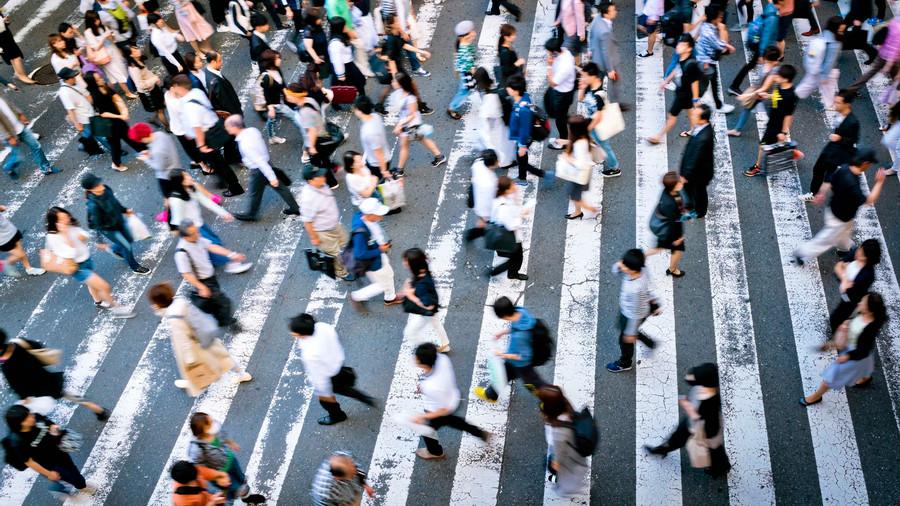 We Define by Differences not by Similarities

A group defined by its similarity to others is, by definition, no group at all. Your social senses, just like your eyes, are difference detectors.

When groups are defined by their differences, people think they have less in common with people of other races or faiths or genders than they actually do and, as a result, avoid even talking with them.

A World Of Differences

Stereotypes routinely stray beyond observation and into explanation. When groups differ, the easy answer is that the differences are due to something essential, internal, or stable about the group members, rather than to something external and therefore unstable, such as social norms and hair dye.

We inhabit a world of human differences and predilections, but the extrapolation of these facts to theories of rigid limits is ideology.

When a man looks into the camera and renounces his citizenship, you have every reason to assume that he means what he says. When that camera zooms out to show a jihadist holding a gun to the man’s head in one hand and a script in the other, you know his words are misleading.

The problem is that life is viewed routinely through the zoom lens, narrowly focused on persons rather than on the broader contexts that influence a person’s actions.

Much more effective for changing behaviour is targeting the broader context rather than individual minds, making it easier for people to do the things they already want to do.

Statistics (the numbers) doesn’t reveal the context. Therefore the fundamental problem that plagues all statistics is an explanation. When a statistician moves beyond the data, problems ensue. 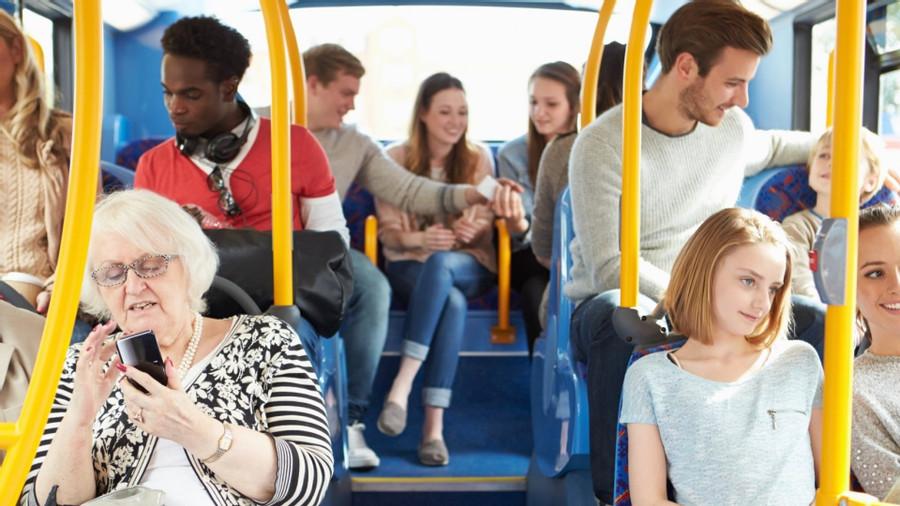 Get The Perspective Of The Other

The Role Is The Problem

We then developed a household policy of complete immunity as long as you tell the truth. This combination of delay and immunity has worked wonders for us.

The Curse Of Shyness

one common laboratory technique for creating fast friends is to have two strangers disclose private thoughts or memories to each other. This is why shyness is one of social life’s biggest curses.

Companies truly understand their customers better when they get their perspective directly through conversation, surveys, or face-to-face interaction, not when executives guess about them in the boardroom.

Mindwise Book Summary explores why we see human motivations in inanimate objects, why we fight others and why we are strangers to ourselves. If you’re interested in human behaviour and why people separate others into groups, this is the book for you.

Why the Theory of Mind Is Important for Social Relationships