Personality Props: Material Objects and the Self - Deepstash
Explore
Get Pro
For Teams 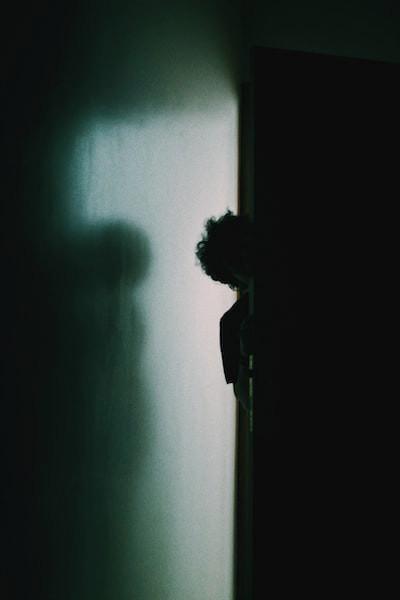 Personality Props: Material Objects and the Self

How much should You reveal about YOU

Should we tell them our true intentions in situations? How much should they know about our current circumstances or background? Should we reveal what we already know about them?

In his 1959 book, The Presentation of Self in Everyday Life, Erving Goffman argued that social interaction is a kind of drama or theater with people playing different roles in different situations. The intention of that play, he insisted, is to convince others that we are indeed the characters we claim to be. Social life , it seems, is about making and managing “impressions.”

The Interaction Game We Play

Interaction becomes a sort of information game in which selected things emerge and others remain hidden—and most appear as versions of the full truth. Again, all of us want other people to regard us in certain (usually, idealized) ways. Interaction, as another of his book titles has it, is “strategic.” Most of us think of self-presentation as the management of behavior (both verbal and nonverbal) and appearance. We take care with what we say and how we say it. That means monitoring posture, gestures, facial expressions, tone of voice, and eye contact, as well as maintaining personal distance m

The Impression Created By Material Objects

Material objects are important elements of this stagecraft. Participants feel themselves moving on and off stage, sometimes to its center and sometimes to its back and side regions. To be sure, clothing is one indicator of how we see ourselves, how we wish others to see us, and what we expect from the current situation. Hats, shoes, and jewelry have their effects. Errors in this self-presentation (perhaps a spot on our tie) can cause us to “lose face.” These concerns may not matter among people familiar with the other but they are paramount when initiating significant relationships.

Material objects are important elements of this stagecraft. Physical settings (compare a lawyer’s office to a gymnasium) facilitate certain kinds of activity and not others. The appearance, manner, and equipment of “staff” distinguish them from “clients.” Participants feel themselves moving on and off stage, sometimes to its center and sometimes to its back and side regions.

To be sure, clothing is one indicator of how we see ourselves, how we wish others to see us, and what we expect from the current situation. Hats, shoes, and jewelry have their effects. Make-up can enhance appearance. As Goffman stresses, slips and errors in this self-presentation (perhaps a spot on our tie or a section of undyed hair) can cause us to “lose face.” These concerns may not matter among those who know each other well. They are paramount in occasions where people meet and initiate significant relationships.

People crave some reward-producing item in their hands, which they manipulate to move in and out of social situations. Most adults have some activity-linked object that serves both as focus and as social buffer. Similar to cigarettes, hugely popular half a century ago, cell phones are now used to symbolize the persona. Televisions and computers are critical. Consider knitting and other forms of needlework, crosswords and number puzzles,magazines and books, musical instruments, and cameras. All make plain that the user has something “going on,” or that they possess a certain interest or skill.

No one should romanticize those bygone days, when cigarette smoke filled most interior spaces. Rather, my point is that people crave some reward-producing item in their hands, which they manipulate to move in and out of social situations. Less addicted to smoking than their antecedents, my students explain that cell phones now function in this way. “Checking one’s phone” gives the illusion of social connection (and importance), especially in face-to-face settings when interaction falters. Brands and models of phones have a certain cache. So does demonstrating how to obtain and use the various apps. Displaying screen content to another person is an opportunity for physical closeness. Oppositely, leaving a setting to respond to a message—by actual withdrawal or just by withdrawal from engagement—is accepted practice. In essence, the phone user makes clear that he or she is someone who has a set of concerns and relationships beyond the setting at hand. There are times to relinquish phones (weddings, sports practices, exams), but usually they allow one to be semi-involved.

Setting these examples aside, most adults have some activity-linked object that serves both as focus and as social buffer. Televisions and computers are critical. Consider knitting and other forms of needlework, crosswords and number puzzles, magazines and books, musical instruments, and cameras. All make plain that the user has something “going on,” that they possess a certain interest or skill, and that other people should interrupt that user only with good cause.

What person does not possess treasured objects that link them to earlier life stages and to the people that shared those moments with them? Sometimes, these are simply records of what one has done (like an artist’s paintings). Others are public acknowledgments (like school trophies and merit badges). Most poignant are products of loved ones who have moved on to other life stages (like a small child’s drawings or old love letters) or to death itself (like cherished objects of ancestors).

A British television series, “The Repair Shop,” offers wonderful examples of the ways in which treasured objects forge ties between the generations. In every episode, someone who has lost touch with a loved one (often by death) brings a dilapidated item to the shop for repair, an item that was once important to that loved one’s life. Miraculously, the craftspeople restore it to some semblance of its former glory. Confronting the restoration, the owners feel reconnected to their ancestors. Joy and sadness combine.

Discovering an old baseball mitt or love-worn doll is not just an occasion for memory , whether private or shared with others. Such events are confrontations with the fact that our lives extend well beyond the present; indeed, the present is only the moving edge of who we have been. As we age, the more profound those past events and relationships become.

Old possessions symbolize continuity and endurance. New ones shout possibility. In that spirit, we upgrade televisions, computers, and phones. We move to some place different or redecorate our current accommodations. We change our appearance. In a future-oriented society, all this seems right and proper. However easy or difficult those shifts may be, the issue is not so simple. Pointedly, by acquiring and using objects—that new cellphone, car, or pair of boots—we become the users of those items. Having worn social masks for most of our lifetime, the face beneath is pale and malleable

Souvenirs Of Our Values

Stated more simply, material possessions claim us just as we claim them. Much of life, or so it seems, involves mortgages and car payments, shopping excursions, and visits to repair shops. Old goods are abandoned; new ones acquired. We should remind ourselves that material things are more than tools, habitats, and conveyances; they are the circumstances of who we have been, are now, and will be. Being thoughtful about those circumstances is the challenge of modern living.

Your stuff and habits says a lot more about you than you might have thought. Some food for thought.

What Are the Myths You Hold About Your Personality?

What Is Augmented Reality: All You Need To Know