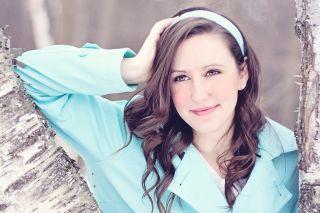 How to Overcome a Poor First Impression

“Can I Get A Do-Over?” Intentions And Impressions

Many of us have been there: Faced with an opportunity to make a great impression, personally or professionally, we say or do the wrong thing and feel like we blew it. Whether in a job interview or on a first date, we wonder if we can have a “do-over.” According to research, the answer is yes.

First Impressions Depend On Competence, Sociability And Morality

Marco Brambilla et al. (2019) examined the impact of different types of information about personality and character on the making and updating of first impressions. They note that competence, sociability, and morality impact impression formation differently, but morality establishes the primary basis for the way we evaluate other people.

But Morality Beats Competence And Sociability

Better Unsociable, Than Immoral; No Do-Over For The Immorals!

Regarding negative impressions, the researchers found that immoral people are viewed more negatively than people who are unsociable. Negative impressions, however, improved more significantly when positive information about morality, versus sociability, was added to previous negative qualities. They also noted that in contrast, impressions about someone deteriorated when subjects who had originally learned about positive qualities subsequently learned about negative moral (versus sociability) qualities.

More recently, Andrew Luttrell et al. (2022) examined how subsequent information can alter first impressions in a job interview context. They tested the impact of the Moral Primacy Model, which proposes that as we form impressions of others over time, information about a person’s morality is more significant than information about competence or sociability.

Better Incompetent, Than Immoral; No Do-Over For The Immorals!

Testing the Moral Primacy Model in a job interview setting, the researchers found that despite planning to prioritize competence over morality when making a hiring decision, impressions changed more significantly upon receipt of new information about a subject’s immorality, rather than incompetence. Interestingly, when the new information about the subject was positive, they did not find a moral primacy effect.

Taken together, research supports the reality that personally or professionally, morality matters. In all cases, information about morality drives impression management both initially, and over time. So despite the accuracy or inaccuracy of first impressions, especially in domains such as sociability and competence, learning about morality-related character traits such as honor and integrity can always enhance first impressions—which are usually not as bad as we think in the first place.

We can almost always get a do-over, if we didn’t give the impression that we do people over.

The Halo Effect: Why People Often Judge a Book by Its Cover

How to Make a Good First Impression, According to Experts