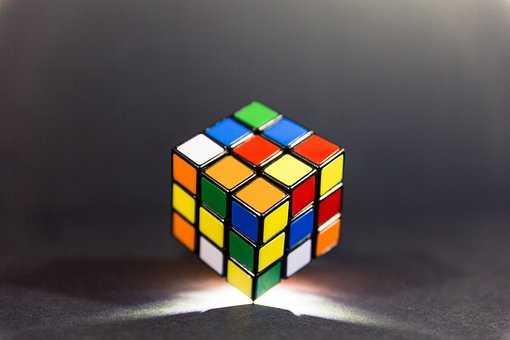 In 1974, Hungarian architect Ernő Rubik wanted to find a way to model three-dimensional movement to his students. At first, he tinkered with blocks of cubes, made from wood and paper, and held by rubber bands, glue, and paper clips. Later he created what he called a Magic Cube.

The Magic Cube was eventually renamed the Rubik's Cube. It became the most popular puzzle toy in the world, inspiring numerous artworks and films, and starting a competitive sport called speedcubing.

At first glance, the cube seems relatively simple, with nine uniformed colored squares on each side. To solve the puzzle, you must twist the cubes so that eventually, each side returns to its original color.

The Rubik cube as a tool for teachers

In March 1981, the Scientific American put the Cube on the cover. Scientist Douglas Hofstadter was struck by the ability to use the Cube as a tool for teaching mathematical ideas.

The Cube can be used to teach group theory, or the symmetries of objects. Any twist of any face is a group element, and so are arbitrary sequences of such twists.

The popularity of the Rubik cube

After Rubik invented the Cube, he had to try and solve it. He had no idea if his Cube could be solved, let alone how fast. It took him one month to fix it.

Today, kids are mastering an analog tool using YouTube tutorials, articles, and creating online communities. The Cube's popularity may be because of the nearly limitless number of possible solutions.

5 Life Lessons from the Rubik's Cube

5 Life Lessons from the Rubik's Cube

The invention of the nuclear bomb

The invention of the nuclear bomb